Paul Grove’s 35-year media career includes a decade in commercial television news at NBC, ABC, and The Discovery Channel before finding a home with public service media: first, with the MacNeil Lehrer NewsHour, and then with WEDU in Tampa as the Vice President of National Programming and Production. While at WEDU, he was part of a team that produced successful pledge programs and served as executive producer on award-winning teams for national specials and series. He has received four Emmy Awards and several Associated Press and Society of Professional Journalist awards.

Before taking on the President and CEO position at WEDU, Paul was the President and CEO of Chattanooga, Tennessee PBS station for the past 13 years. He championed WTCI’s early adoption of digital technologies and new content creation models, and expanded the station’s outreach on a local and national level. During his tenure, viewership increased by 40%. He was elected as Chairman of the Tennessee Public Television Council (TPTC) in 2007.

Under Paul’s leadership, WTCI and the Tennessee Collaborative, created the nation’s first statewide emergency messaging system utilizing new technology to save lives during natural disasters. In addition, partnering with Tennessee’s Department of Education, Paul led the launch of Tennessee PBS LearningMedia, a free national online service that offers classroom-ready digital resources and lesson plans tied to state and national standards; that service now is utilized by more than 1.6 million educators in 50 states.

Paul is a graduate of the University of Florida in Broadcast Journalism and Telecommunications where he worked at WUFT-TV and WRUF-radio. He’s a proud father of four sons: Daniel, Riley, Michael, and Cooper; his oldest son, Daniel, served in the United States Navy. Paul and his wife Michelle enjoy time with the boys, their dog and horses, sports, and attending classic rock concerts. 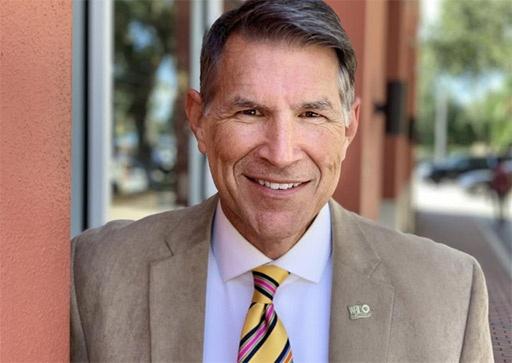